Sermon: The Test
Back to all Sermons 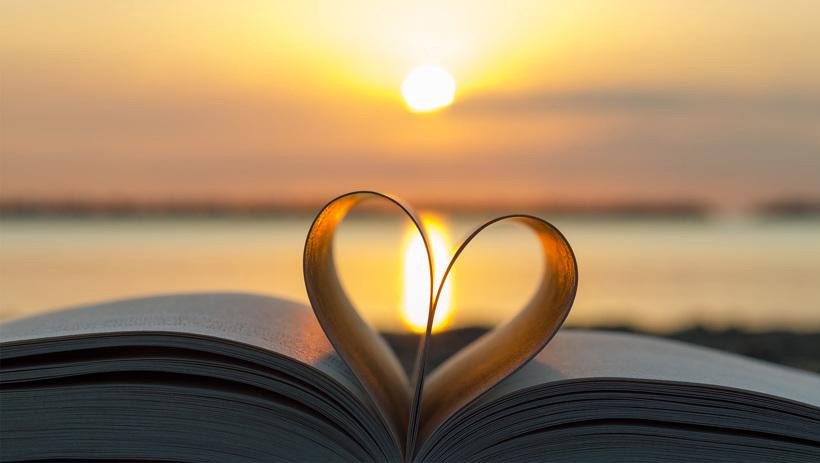 Matthew is writing after the fall of Jerusalem, which left the Pharisees, who are actively persecuting Christians, firmly in charge. Most scribes and lawyers at this time are Pharisees. They are teachers of the Hebrew scriptures, and are treated with respect, often addressed as Rabbi. They are committed to the “tradition of the elders,” the human interpreters of God’s law. This brings them into conflict with Jesus, who says they ignore God’s laws by clinging to their traditions. So as the scene opens, the Pharisees have an upstart in their midst. Their gathering together here has a sinister tone.

Their intent is to test Jesus, and interestingly, Matthew uses a particular word for test: the word is peirazo which can also mean to tempt. To understand the level of this, in Mathew’s gospel, only two entities peirazo Jesus – the pharisees and the devil.

One of the lawyers begins by addressing Jesus with the respectful term “teacher”, intending to disarm him and the onlookers with his polite tone. He asks him, “Which is the greatest commandment?” This was not unusual. Rabbis routinely debated such questions in an honest attempt to deeply understand the law. The old testament has six hundred and thirteen commandments, with no clear standard for judging which is the greatest.

They could all be said to be of equal importance because god gave them all.

Jesus answers on the spot: “You shall love the Lord your God with all your heart, with all your soul, and with all your mind.” This is from Deuteronomy, and it builds on the first commandment, from Exodus: You shall have no other gods before me.

Jesus’s use of the word “mind” is a profound instruction, a shout-out to live consciously, to “use the good mind God gave you,” as my mother used say,

and to recognize – re-cognize – perceive again – that you have an intimate relationship with a higher consciousness.

Both versions ask us to love God with all that we are, with the core of our being. So Jesus is on safe ground here – not giving the lawyer an opening for an attack. He could stop, but he continues. He says: “A second likewise is this, you shall love your neighbor as yourself”.

This comes from Leviticus, and wow – to equate these two commandments, or to marry them together, changes the game entirely. Jesus blows the whistle, and tosses the ball to us.

It’s easy to go to church, to feel flooded with love, with openness, to be filled with grace. It’s unbelievably difficult to deal with the neighbor who mows the lawn at six a.m. when you’re trying to sleep. It’s well-nigh impossible at this very moment to hold in our hearts those who vote differently than we do. I wouldn’t want to articulate here what one side wishes would happen to the other.

But isn’t all of this rooted in a kind of human pain, a deep yearning to arrange the world the way we want it to be? Doesn’t the other side wish for the same thing from their point of view? We are all so deeply entrenched.

This is a good time to get both our feet firmly in the bucket of this commandment.

“With all your heart.” Let’s take the example of the man mowing the lawn at six a.m. You’ve been rousted out of bed. You’re standing in your kitchen, in your pajamas, holding your head. You just can’t believe it. How can he do that? How can anyone be so inconsiderate! It actually hurts. You’re ready to throw on a coat over your pajamas, march across the yard and let him have it.

My good Buddhist teacher, Lama Marut, gave me a teaching on this. What is the actual problem? He said. Let’s identify it. “Lack of consideration for others”, I said. “Alright,” Marut said, “Take a breath, leave the neighbor alone for just a minute, and turn your focus on yourself. Ask yourself this question: have I ever been inconsiderate?” Of course I drew a blank. But after a while, with my feet held to the fire, I thought of a teeny little example, and then another and another, and another, until I found myself confronted with some massive inconsiderateness.

“Then,” he said, “Why don’t you purify it. Actively, consciously, decide each day to consider others first. Look and listen out for what someone else needs. After doing this for a while, if you decide to go talk to your lawn- mowing neighbor, when you knock on his door and the door opens, you are meeting as equals: two equally inconsiderate people politely greeting each other at the door! Then you begin to see some humor in the situation which creates space. You’re not so attached to the outcome, but curious about where this could go. Maybe you work things out the way you want, maybe you don’t, but you begin a relationship.

Continue your self-examination, Marut said, and perhaps one morning you will wake up and the clock will read nine, and you realize he didn’t mow the lawn! How does this happen?

Loving your god with heart and soul by taking the higher road, and with your mind – using your awareness of your own worst tendencies to clean up your act, you’ve obeyed the first commandment. By recognizing that you and your neighbor have a great deal in common, you’ve obeyed the second commandment. You, God, and neighbor triangulate, form a divine loop, a unified field. It’s a field of possibility, and it’s holy.

You can expand this out to include not just other people, but all neighbors: animals, birds, fish, insects, invertebrates. And the neighborhood: water, land and all the grows on it, even the atmosphere. One way to begin to heal the environment is to align ourselves with the second commandment.

Recognize earth and its atmosphere as self and get to work undoing what each of us has done. As the great Christian mystic Thomas Keating wrote on his deathbed,

And because the Divine matters,

In the last part of this passage, Jesus turns the tables on the Pharisees.

He puts a question to the lawyer, saying, “What do you think of the Christ? Whose son is he?” The lawyer said to him, “Of David.” David, was Israel’s greatest king. “Son of David” was a common title for the Messiah. The Jews looked forward to the day when the Son of David would come again to liberate Israel from Roman domination. But Jesus has not come to be an earthly warrior king or to meet any traditional expectations. Yes, he is the son of David, but, more to the point, he is the son of God.

The lord said to my lord,
sit on my right hand,
until I make your enemies a footstool for your feet.

These facts give the Psalm very high authority. The pharisees dare not take exception to a psalm written by David and god.

Then Jesus asks: “If then David calls him lord, how is he his son?” The Greek version of the psalm uses the one word for lord – kyrios. So it reads: “the kyrios (lord) said to my kyrios (lord),” which leaves the identity of the two lords uncertain. But the earlier and more authoritative Hebrew version reads “Yahweh says to my lord”, making it clear that Yahweh, God, is the first lord mentioned. When Jesus quoted this psalm, he would have used the Hebrew version.

“If then david calls him lord, how is he his son?”

If the first of the lords in the psalm is Yahweh, then who is the second lord in this verse? There cannot be a second god, because the old testament makes it clear that god is one. It cannot be David’s son, because no Israelite would refer to his son as lord. The only possibility, then, is that the second lord of Psalm 110 is the Messiah of God, who is not David’s son but David’s lord. The Pharisees – these highly trained religious experts who had set out to expose the ignorance of Jesus – are wrong.

To us, this may seem highly technical and unimportant, but the identity of the Messiah and the Messiah’s relationship to David were very important to the pharisees. They were scholars, and this was their field. The unschooled amateur has bested the trained professionals, who can do nothing but go home in shame. “No one was able to answer him a word, neither did any man dare ask him any more questions from that day forth.”  Silenced!

From now on, Jesus will speak with the crowds and his disciples. He will address the scribes and pharisees only to denounce them publicly as hypocrites.