Sermon: “Talking it Over with God”
Back to all Sermons

“Talking it Over with God” 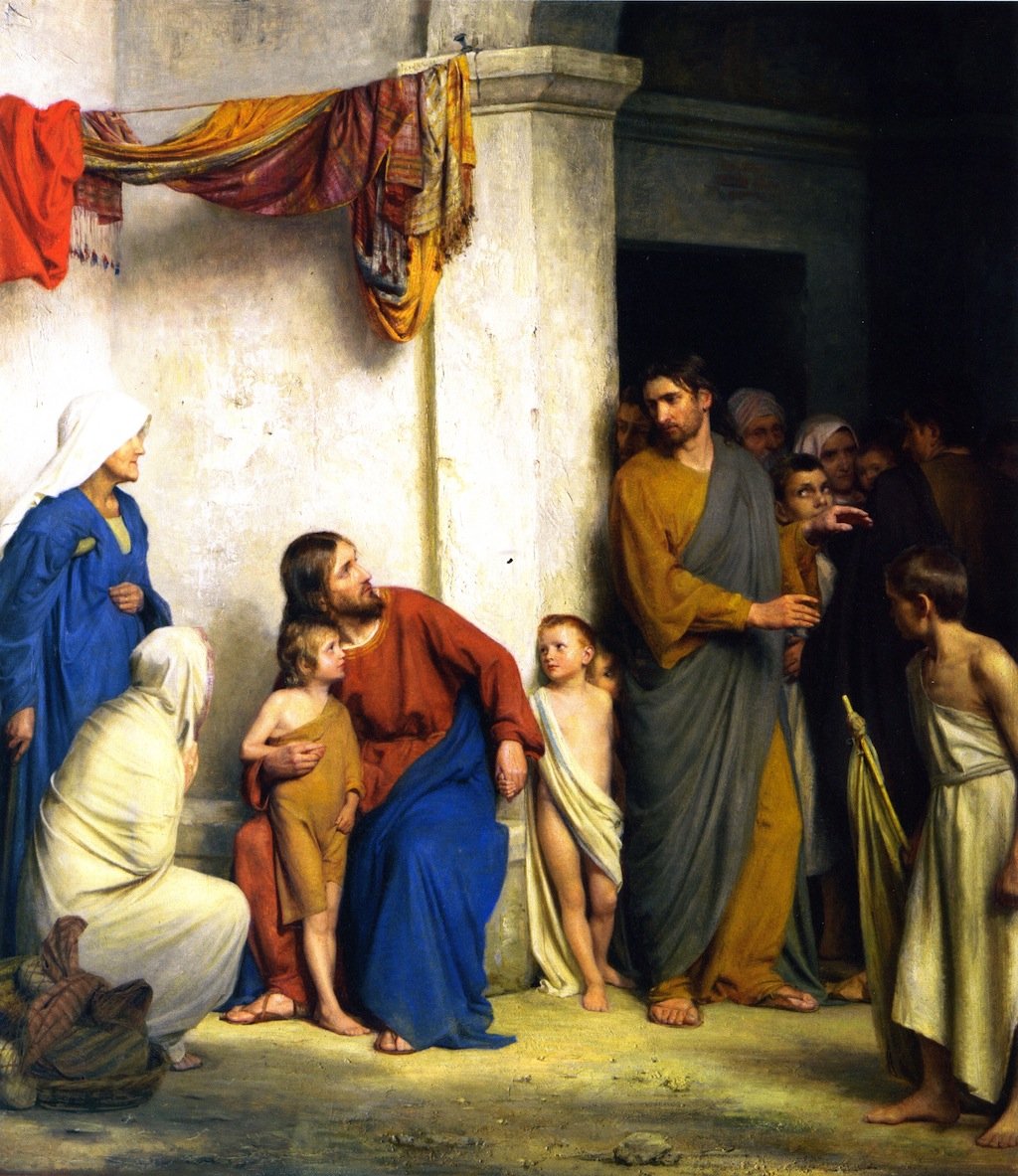 There are certain messages we DON’T want  to hear:

The pandemic is not over.

The climate emergency is here.

Our nation is racist.

Young families are not coming back to church each week.

A loved one is going to die.

I could go on…

Most every day, we are receiving some sort of bad news.  All we have to do is read the newspaper and there it is.

For some people, the response can be avoidance: some of us put our heads in the sand. For others there may be a simple shift of focus; maybe conscious, maybe not, to pay attention to something else. “Gotta start the laundry.” For others, denial; “Oh no, that’s not true. We don’t need to talk about that.” For others, escapism; “What are we watching on t.v. tonight?”

And, there are a few people, who consciously try to navigate with grace, with God, through unwelcome news.

How do you usually respond to unwelcome news?

What we do with information we don’t want to deal with says a lot about our faith and who we are.

In today’s gospel, Jesus is facing this problem with his disciples.  He has a brutal message that he wants them to understand.

Remember last week, he paused with his disciples at a crossroads and told them, “the Son of Man must undergo great suffering, and be rejected by the elders, the chief priests, and the scribes, and be killed, and after three days rise again.”

Peter was so upset by these words, that he actually rebukes Jesus. He understands that God’s plans and Peter’s hopes are not the same and we are told that he harshly rebukes Peter.

But, here we are again.  Jesus wants to be sure his message is getting through. So now,  walking on their way, he repeats his message, “The Son of Man is to be betrayed into human hands, and they will kill him, and three days after being killed, he will rise again.”

Jesus’ words had to be deeply unsettling for them. And not only don’t they understand, they don’t even try to understand. Perhaps because none of the disciples want to face a rebuke from Jesus, they don’t bother to even engage him in a conversation about his message.  They don’t admit that they don’t understand.  And maybe because they didn’t want to deal with what he was saying – perhaps it made them feel upset and uncertain- they decide to change the topic to something that really mattered to them: who was greatest.

For the disciples, being great isn’t merely about recognition for being at the top of the class; or earning the trip to Hawaii for being the best salesperson; or receiving the accolades and endorsements that coming from winning Olympic gold; and it definitely isn’t about what certain red baseball cap wearing folks think either.  That’s NOT the kind of greatness the disciples or Jesus are talking about.

New Testament scholar Raquel Lettsome points out, “In a hierarchical society in which many are relegated to the bottom and few have access to the top,  a desire for ‘greatness’ is understandable. In many ways, ‘greatness’ equals survival. ‘Greatness’  equals having enough, or… having more than enough. ‘Greatness’  equals protection. ‘Greatness’ means your life matters and you cannot so easily be removed.”

Though we can have sympathy for the disciples’ concerns, they are still the antithesis of what Jesus is trying to teach them.  With great patience and compassion, Jesus recognizes their fears and misunderstanding so he calls them  aside into the house – which in the Gospel of Mark is a rhetorical hint that Jesus has something important to say.

The disciples might not want to engage in this conversation with Jesus; but Jesus wants to be sure they do not miss the point, “Whoever wants to be first must be last of all and servant of all.” His teaching meets them where they are – it addresses their concerns – while at the same time exposing their ultimately misguided values.  Following Jesus isn’t about what you will get, about gaining any privilege, but about what you are called to give, especially to the least among us.

It’s also worth noting that the people of Jesus’ time had a completely different understanding of children than many of us do.  I can still hear my maternal grandmother saying, “My children come first.”  I remember how important it was for my paternal grandfather to set up college funds for me and his other grandchildren so that we could have a better life than he had growing up. Many of us grew up in families where doing what you can for your children is a primary value.

But, that was not the case  in the ancient Mediterranean. In fact, it was just the opposite.  Elders were the most important. (Our culture could surely benefit from showing more honor to our elders – as I imagine most of you would agree!)

At the time of Jesus, children had the least social status. They had no legal rights and could not offer anything to someone who was looking to improve their standing in society, who wanted to be seen as great. They were at the bottom of the social scale. No other group was further down the order, and to elevate them to the position of “first” is almost unimaginable.

If Jesus were here today, rather than bringing a child into the center of the group, he might bring a homeless addict or recently arrived Muslim or Mexican immigrant – someone perceived as not being able to give to society, but perceived as taking from society.

Over the last few weeks, through the lens of the Gospel of Mark, we have traveled with Jesus and  been invited to go out of our way, to cross boundaries, and to be “all in.”  In case we are still missing the message, Jesus shows how to do this – by embracing those in our culture who are at the bottom of the social order.

Recently I learned about someone who is part of our wider community, who is doing the most remarkable thing and wishes to remain anonymous.  We’ll call him John.  This young man now lives about an hour from the new camp for Afghan refugees in Quantico, Virginia. In a conversation with him yesterday, he told me that he has been someone who always liked to “talk a big game about serving the country, about serving others in any way he can.”

When he realized he had language and other skills that could be of benefit to the refugees, he signed up to help.  He prepares and distributes food and water for those Afghans who once were doctors, engineers, and teachers, but now find themselves living in tents.  He looks in the eyes of the orphans whose parents sent them through the gates at the airport looking for a better life and it breaks his heart.

John is embracing those who are newly at the bottom of our social order.  During our conversation  he shared two quotes with me, “Our lives matter in so far as we can live for others” and “Service nurtures the soul.” John gets it.

What might taking Jesus’ message to heart mean for the rest of us? For our children, it could mean talking to or playing with the kid in class no one else wants to be with; For those who have busy professional lives, it could mean taking a moment to pause and thank the custodians and the minimum wage clerks who serve us; for those who are retired and living comfortable lives, it could mean giving your time at the Grace Center, or the Open Door, or Pathways for Children; for us as a church it could mean finding ways to deepen our commitment to and support of those on the margins of this community, and being part of the effort to welcome Afghan refugees when they arrive here.

Let’s not make the mistake the disciples made – being afraid to turn to Jesus when we don’t understand or we resist the messages we hear from him or from others.  We do not need to simply rely on our own understanding; we do not need to argue among ourselves when things are not clear; Instead, we can ask God in prayer to help us understand  how we can join in the mission of Jesus, how we can serve others with love.

Did you recently get a message you didn’t want to hear? Talk it over in prayer with God and then listen for what you are called to do.

Are you, like the disciples, in the midst of an argument with others? Talk it over in prayer with God and then listen for what you are called to do.

Whatever is challenging you, talk it over in prayer with God and then listen for what you are called to do.

And just as Jesus took a little child in his arms, our God will embrace you with love.  Amen.