Sermon: Possible
Back to all Sermons 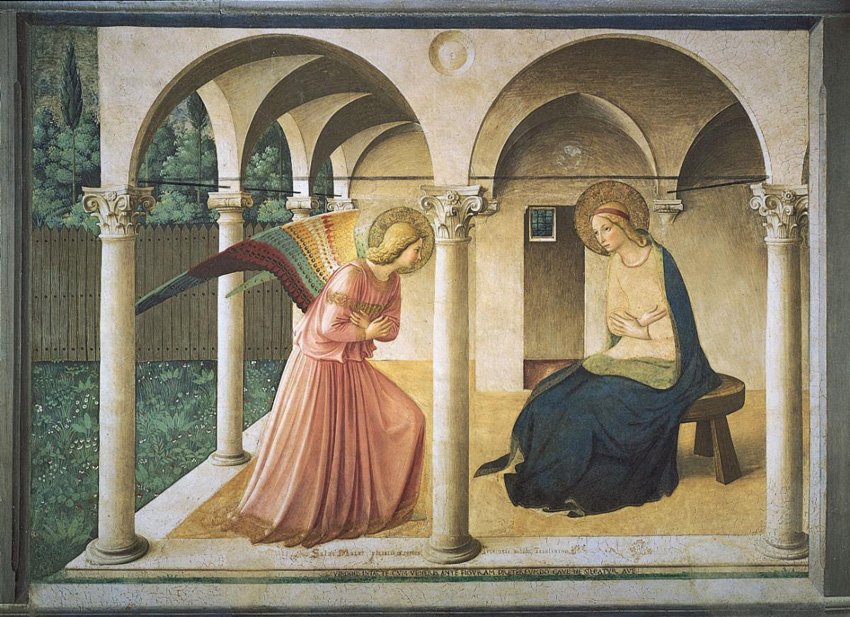 She was an impoverished girl who knew what was expected of her – by her parents, her husband-to-be, her culture and her religion. Everything of consequence about her life – who she would marry, where she would live, what she would do from morning to night – was decided for her. She would have even been dressed in such a way as to remain hidden behind a veil so that none of her unique traits were distinguishable. She knew her place. She could see the contours of her future life. It was already planned by others for her.

Then along comes an angel, Gabriel, who tells her to rejoice; that she is favored by God, that God is with her; that she will bear God’s son. What???

To even consider for a moment, that she could step out of the weight of expectation that was placed on her, that she could see herself as more than a cog in a highly prescribed wheel, is astonishing. That had to be one convincing angel!

Caroline Lewis writes, “Mary’s story moves us all from who we think we are (or are supposed to be) to what God has called us to be.”

Some of the most painful times in our lives come when who we think we are or are supposed to be hits a roadblock. When our hopes and aspirations are thwarted; when we have so identified with a role or a job or a path that we can’t imagine who we are without it; times when we have seen ourselves as doing what we are supposed to be doing, doing what we are told is good, and suddenly can no longer.

When we are invested in the plans for our lives – especially when they are imposed on us by our family or society – it’s easy to believe that we are doing the right thing, to believe that we are doing the only thing that allows us to be seen as good – which is something most of us crave. And when something happens to change that – we lose the job, we lose the relationship, we lose our future plans – we may wonder if we are really on the right path, we may wonder what’s wrong with us, we may wonder if we have lost God’s favor, we may even think that life as we know it is over for us.

Mary was on the path of life that had been laid out for her. She was following the rules until her encounter with the paradigm-busting angel; a messenger who told Mary that she was more than what she could do for her parents and her husband and her culture and her religion. Gabriel recognizes God’s delight in Mary just as she is – an impoverished female who had likely never had the chance to think that her life would be any different than what was presumed of her.

We don’t know if God’s delight in Mary was a unique delight. We don’t know whether her parents or her spouse-to-be delighted in her. We can be pretty sure that her culture and her religion did not treasure or honor her. (Or any other woman, especially a poor, young woman.)

When Mary asks, “How can this be?” Gabriel helps her believe that there could be more for her than what she or others expected. He reminds her that what could never have been anticipated happened to Elizabeth – who was thought to be barren, but now – now at last – had a child. Gabriel doesn’t just ask Mary to believe that God could act in a surprising way based on his own confidence, he gives her an example.

Gabriel’s response offers encouragement for anyone who has ever wondered, “How can this be?” Simply put, what may seem like an impossible situation to cope with on our own, is more than possible when we partner with God. Rather than seeing these situations as the terrible end of our lives as we knew them or expected them to be, with God our impossible situations become the birthplace for new life.

Gabriel reminds us that just because we can’t see how things are going to work out, doesn’t mean they can’t work out. On the contrary. From God’s point of view we are all so much more than the boxes others put us in or the boxes we accept for ourselves. What looks like disaster to us, from God’s point of view, can be the very place that we can grow into the fullness of who we are called to be.

I say this as someone who every year at this time recalls that like Mary, I was pregnant and unmarried. Not only did I carry the shame of this, but at the time I became pregnant I did not know whether or not I had inherited Huntington’s Disease, a disease that is like Alzheimer’s and MS put together and had struck my mother at the age of 35. I did not know whether or not I would be capable of caring for a child because of this or whether or not I had passed Huntington’s onto the child within me. My pregnancy felt like a disaster.

It was only a few weeks into my pregnancy when I heard the words we just listened to from Luke: “All things are possible with God.” Was it possible that even in my situation that God’s grace was with me? That I had not fallen out of favor with God? That God would partner with me through the pregnancy?

It was nothing short of a harrowing journey to go from learning of my unexpected pregnancy, to being tested for Huntington’s and found free of the disease, to delivering my son as a single mother. But at every turning point along the way, angels and shepherds and wise ones showed up for me and my son. And they keep showing up. My now 28 year old son, Pete, is the pride and joy of my life. My life has been far from what I expected AND it has been full to overflowing with grace and joy.

It turns out that in those moments that we ask, “How can this be?” we are being offered an invitation, like Mary, to say “yes” – to fully accept what is happening in our lives and to see it as a place where God can do something new for us. In those moments when we are truly shaken up, we can find a way forward by surrendering what we think is supposed to be the plan for our lives and instead, open ourselves to God’s action in our lives. If we are willing to accept what is – no matter how challenging or terrible it might feel to us – and then to invite God’s spirit into our lives, there is no situation that God can not use for the good.

Mary shows us what can happen when we are willing to allow God’s spirit to transform us just as we are so that we might become even more available to be God’s servants, God’s light in the world. Mary willingly surrendered the path that she believed had been laid out for her by forces outside of herself – her parents, her husband-to-be, her culture and her religion – so that what was truly within her could be born.

Is there something you are struggling to accept in your own life right now? Can you surrender to God the way you think things are supposed to be for how they actually are? Can you be open to God doing something new in your life? Can you partner with God to grow as the servant God calls you to be right now?

May you have the equanimity to accept the surprises along the road of life that jolt your expectations. May you have the faith to believe that God’s favor rests on you just as you are right now in this very moment. May you trust that God’s grace lives within you no matter what you face.

Perhaps even in the midst of the tremendous challenges of 2020, all of us can become more of who God calls us to be, trusting that with God all things are possible. Amen.