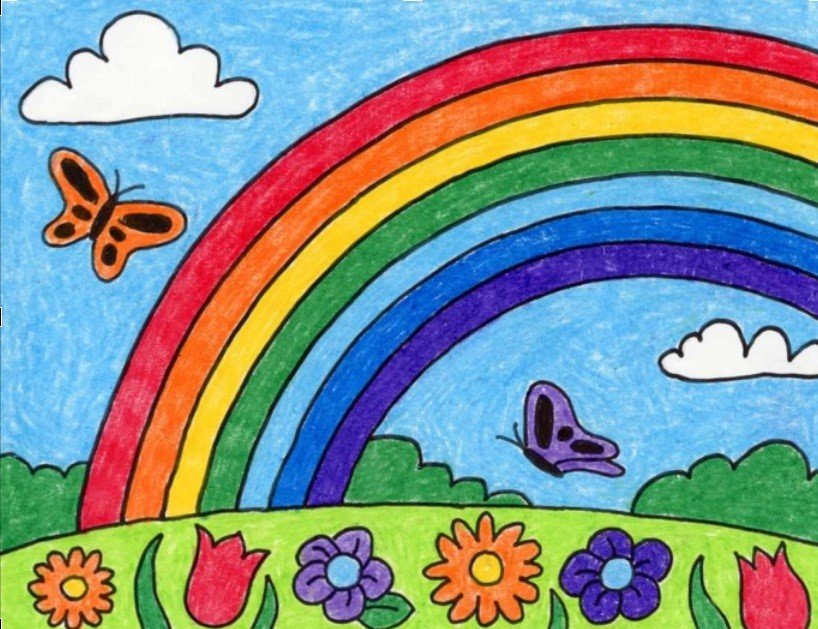 Our Covenant with God

God told Noah to build an ark (a HUGE ship) and to make it so large that it could hold all of Noah’s family and at least two of every animal on earth.  Noah was not a boat builder and wasn’t sure he could do it. But God told Noah how big the ark should be, and how tall it should be: three stories high, with a roof to keep the rain out.

It can be scary to do something you’ve never done before.   Noah still wasn’t sure about building the ark, but when God told Noah that a flood would soon cover all of earth, Noah and his family decided to start building!  When the ark  was completed they gathered two of every kind of creature: beasts, insects, reptiles, amphibians, bats and birds.  Noah and his wife, their sons, their sons daughters and all of the animals prepared to live on the ark.

The rain began to fall.  It rained, and rained and rained. Rain fell from the sky for FORTY DAYS.   When the rain finally stopped the ark was floating and no land was in sight.  No trees or plants.  Just water.  It took a long time for the water to go down and for the boat to hit solid land.  Noah waited until the water had gone down even farther, and sent out a dove, –  but the dove flew back to the ark because it could not find any trees to nest in or dry land. Noah waited and after another week sent the dove out again. This time it returned with a green olive branch in its beak.  Noah waited one more week, sent out the dove, and it did not return; it had found a place to nest.   God told Noah that he and his family and all the creatures should leave the ark and re-inhabit the earth.  The first thing Noah did was to build an altar, and to thank God for saving them all: Noah, his family and all of the creatures of earth.

During worship this Sunday Lindsay Crouse will read this last and most important part of Noah’s story:

After Noah and his family and all the creatures had left the ark, and had thanked God, God  blessed them.  Then God made a covenant with Noah, with all people and with all creatures,  that never again would a flood destroy the earth.  A covenant is a promise that you never break.  God said to Noah:

“I am putting my rainbow in the clouds. It is the sign of the covenant between me and the earth.“  The rainbow reminds of us God’s promise: His covenant with us that God will always love the earth and all of creation.

God loves us and cares about us; He cares for the earth and everything in it.  God shows us His love in the beauty that is all around us: in rainbows, in brilliant sunsets, in sunsets and starry nights.  Rainbows never last very long, and we don’t often see rainbows in the winter.  But we do see the sun shining through icicles,  and we see snowflakes.  Did you know that every snowflake is different?  And every human is different!   Isn’t that miraculous?

All of nature and all the world around us is connected.  Every creature, every person, every plant is connected in some way to the creatures, people and plants around them. We all depend on each other, and God depends on us to care for each other and for this beautiful earth.

While we all are very different from each other,  rainbows always have the color red at the top and purple at the bottom, just like the picture above.  Some rainbows look like an arched bridge over the earth, and other rainbows  seem to connect the earth and sky. Here is wonderful song about our Rainbow Connection to all of creation, and a rainbow to remind you of God’s love.