Sermon: Motherhood as a Spiritual Path
Back to all Sermons

Motherhood as a Spiritual Path 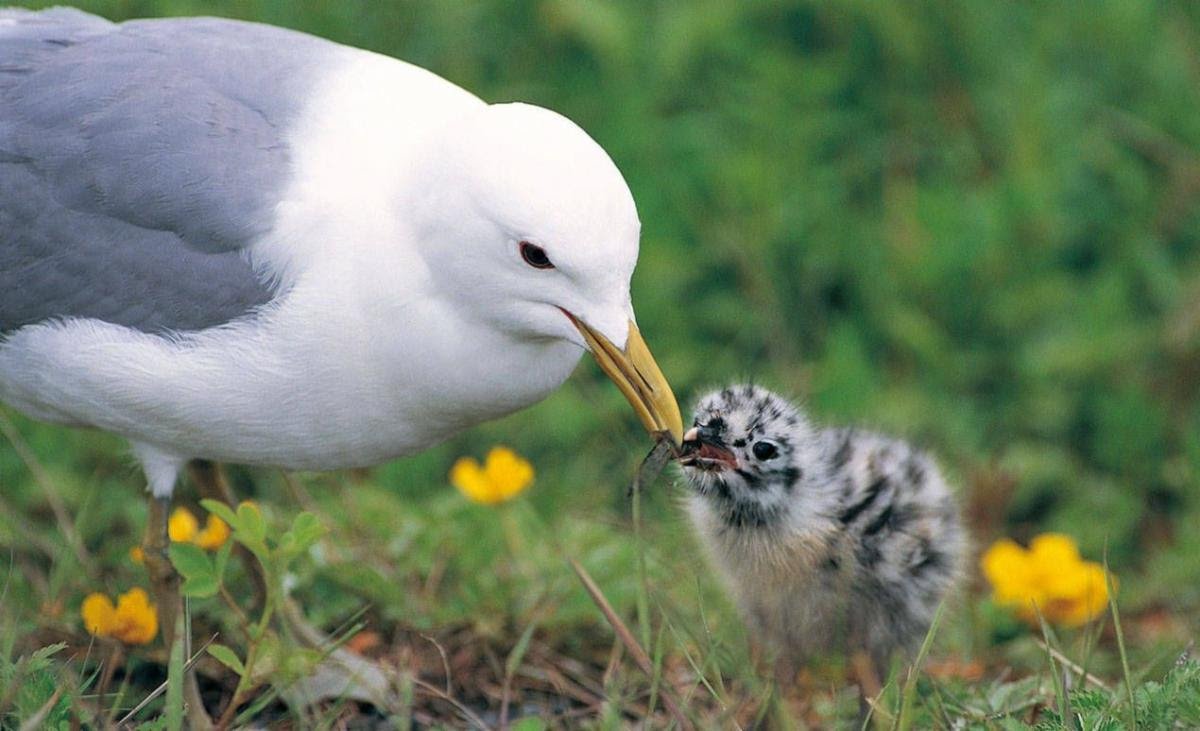 Have you ever thought of motherhood as a spiritual path? As a way to know God and grow spiritually? As an experience that offers important life lessons for all of us – women & men?

Growing up Catholic in the 1960’s and 70’s, the impression I had was that if you wanted to serve God in the fullest way you had only one choice – depending upon your gender – to be a priest or nun.  The message that I and many others internalized was that marriage and parenthood were less than, second rate, not a clear path to holiness. At that time, the wider culture offered mixed messages about motherhood – it was something women were expected to do, but not necessarily something to aspire to. (Our role model was Mary Tyler Moore – tossing her hat up in the free area of being a career woman.) That motherhood can be a legitimate, respected spiritual path was also not a primary message in the American forms of Protestantism or Judaism, the other religious traditions that I was familiar with growing up.

I mean, how often have you ever heard anyone say, “Congratulations! You’re going to be a mother! What a transformational spiritual journey you are about to begin!” Maybe our dear Lindsay would say that to someone… but it’s certainly not a standard way to understand what motherhood is about in this society.

Likely because our Judeo-Christian heritage has grown out of patriarchal cultures, we largely fail to recognize, let alone deeply appreciate, the spirituality of motherhood. The English mystic and writer, Julian of Norwich, who lived from 1343 – 1416, offers rare perspectives on Christ as our mother and the significance of motherhood. She writes,

“Jesus is our true mother; we received our being from him and this is where his maternity starts, with all the safekeeping of love which endlessly follows. As truly as God is our father, so truly God is our mother. Jesus is our true mother in grace by taking on our created nature. All the fair work and all the sweet, loving offices of beloved motherhood are appropriated to Christ.” In other words, a mother’s love is akin to Christ’s love.

In today’s Gospel reading, we hear, “This is my commandment: love one another as I have loved you. There is no greater love than this, to lay down one’s life for one’s friends.” In these words, Jesus is calling his followers to self-sacrificial love. What could help us learn to do this more than parenthood? Than motherhood?

In her oft-quoted poem, Helen Steiner Rice begins, “A Mother’s love is something that no one can explain.” There is a surprising and mysterious quality to a mother’s love. Shortly after I became pregnant, I began a testing process to determine whether or not I carried the gene for Huntington’s Disease, a devastating neurological condition that took my mother’s life.  The genetic counselor I was working with shared that women whose mothers had Huntington’s had a poor view of their mothers and of motherhood.  This insight hit me like a ton of bricks – because it was exactly how I felt. The counselor’s words lifted a huge weight of guilt from my heart because I finally understood why I felt the way I did.  This insight also opened the door to allow me to work with this inner challenge.  And I had a LOT of work to do.

Because I was single and had thought and felt only “less than” and “negative” things about becoming a mother, at the time my son was about to be born – two weeks late and after 27 hours of labor – I still did not feel ready or fully desirous of becoming a mother.  I had even picked out an adoptive family – though they did not know it.

And then I gave birth. To say that I was completely unprepared for how I would feel after this momentous event is an understatement.  Although I had gone to child-birth classes and had devoured the popular book, “What to Expect When You are Expecting,”  I didn’t have even a single hint about what it would feel like to see   and hold   my newborn son, Pete. Nor did anyone ever prepare me for this palpable sense that it wasn’t a matter of whether or not I would choose to parent him, he had already chosen me.

Writing in the Smithsonian Magazine, Abigail Tucker explains how researchers are discovering the startling ways fetal DNA and newborn babies affect their mothers. It turns out that during labor and delivery oxytocin gushes into the bloodstream.  Sometimes called the “love hormone” or “trust hormone” it is associated with social and romantic bonding. One researcher has even discovered that it readies our brains to worshipfully adore infants.

The experience of giving birth is nothing short of a revolution for body, mind, and spirit.  In this liminal, threshold space, mothers – and the family and friends who are close to them – can become aware of and be in tune with the deepest mysteries of love and life.  They can be drawn into a portal of immense spiritual energy  and can discover that feelings of compassion, selflessness, and oneness    naturally arise. It is a heart-opening, sacred time.

Scientists have also discovered that when women who are not biological mothers spend time around infants, their maternal instincts are triggered, too. Among the first people to spend significant time with me and my newborn were two nuns, Susan and Meg, whose beautiful, motherly love for Pete continues to this day.

The days following birth are also a uniquely vulnerable, perilous time for mothers. Fifteen percent of women endure some form of postpartum depression or a sense of the dark night of the soul.  With support, both the highs and lows of giving birth can be an opportunity for spiritual growth. Without support, these feelings threaten the well-being of mother and child.

In my own journey as a mother, I was not prepared for the fundamental ways I was being changed for the better.  I had no idea that the experience of giving birth would immediately dethrone me and my ego from the center of my consciousness. And isn’t that a primary goal of the spiritual path?

What amazes me is how effortless it felt to no longer put my own needs first. The love that most mothers naturally feel for their children  is unique and precious.  Because I had never felt anything like it before, a few months after my son was born, I began asking other new mothers who had husbands, “Please be honest with me. Who do you love more – your husband or your child?” I just couldn’t imagine a more intense form of love than what I was feeling for Pete. After swearing me to secrecy, they all said, “My child.” (My husband, David, who read a draft of this sermon asked, “Are they still married.” I assured him, “Yes, they are.”)

All religious traditions speak of surrender and self-sacrifice as essential on the path to the Divine. In reality, the practice of both pervades a mother’s life. When my son, whom I was breast-feeding at the time, developed a horrific case of eczema, I needed to give up my favorite foods – chocolate, citrus, and tomato.  Doing it for him was easy.   If I had to do it for my own health, I doubt I would be as successful. Decisions about where to live and work, how to spend free time, what meals to prepare, how much money to save – are often all made by mothers (and their partners) based on what is best for their children.  Motherhood is a school to learn surrender and self-sacrificing love.

Early Hindu goddesses are represented as holding a child in one hand and sword in the other, symbolic of the fullness and fierce protectiveness that comes with motherhood. New mothers quickly realize that we would do anything to protect our child.  I suspect each and everyone of us could tell a story about a heroic mother or grandmother.

In this anxious age, a new phenomena over over-protectiveness has developed – helicopter parenting.  As fewer and fewer young parents participate in spiritual communities and seem to lack spiritual grounding, I wonder – Are they less likely to be aware of or trust that our mothering God is there for them and their children?  By the ways they can overprotect, overstep and overdo, are they unintentionally  undermining their children’s confidence in themselves and in God?

Learning how to accept others as they are is another potential gift of motherhood. Parents do not get to put in an order for the perfect child. What many of us experience is that no matter what, our children are beloved to us. The way we feel about our children may actually give us insight into how God feels about us!

Elizabeth Stone recognizes “… to have a child …is to decide forever to have your heart go walking around outside your body.”  When our children are healthy, motherhood offers repeated spiritual practice in the art of letting go: on the first day of daycare or Kindergarten; on the first bike ride out of the neighborhood; when you hand over the keys to the car; wave goodbye at the college dorm, when they move away or get married. And if our child is not able to do these things, we often must face again and again  what it is to let go    and to trust the well-being of our child to God and others.

Lisa Erickson writes, “Motherhood has always been connected with the earth. Gaia..is the original ‘earth mother’. Through motherhood we come to know our own bodies as part of nature in a pronounced way – to create, nurture and sustain physical life. Our cycles are not just our own, but part of the larger cycles of nature, linked to the moon, fertility, and food. Motherhood grounds us, psychologically, energetically, and spiritually, and this.. offers us a foundation from which to grow on all of these levels too.”

One morning while at church, it was clear that newborn Pete was hungry.  I attempted to feed him as discreetly as possible. This was happening during the part of the service when these words were spoken, “This is my body, given for you…this is the cup of my blood,the blood of the new and everlasting covenant.” In an instant, I realized the sacramental nature of what I was doing… of what my body was capable of offering – the gift of life, neither less than nor greater than what I was observing on the altar in front of me.

Recognizing motherhood as a unique spiritual path can benefit all of us – women and men – helping us to see the ways God is present in our most fundamental life experiences. On this Sixth Sunday of Easter and Mother’s Day, may we embrace motherhood as an essential branch of the Christian vine – neither less than nor greater than any other branch; a path with epiphanies and graces for each and every one of us. The spiritual path of motherhood is an invitation to love as Christ and most mothers do – whole-heartedly, selflessly, and joyously. Happy Mother’s Day! Amen.