Sermon: “Made Well”
Back to all Sermons 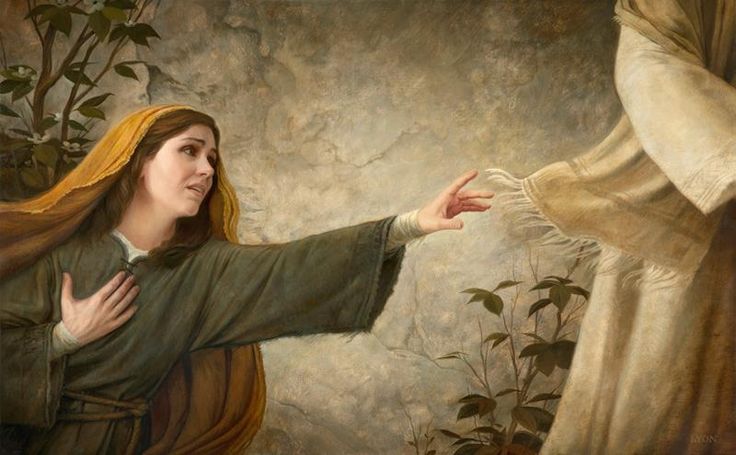 Some of you may remember the story of Ryan White, the Indiana boy who contracted HIV/AIDS from a blood transfusion at the age of 13 in 1984.  Ostracized from school by a community that did not understand and was in fear about HIV, he faced unimaginable challenges.  His mother, Jeanne, remembers, “It was really bad. People were really cruel, people said that he had to be gay, that he had to have done something bad or wrong, or he wouldn’t have had it. It was God’s punishment; We heard it was God’s punishment a lot. That somehow, some way he had done something he shouldn’t have done or he wouldn’t have gotten AIDS.”

Like the hemorrhaging woman who advocates for herself and Jairus, who advocates for his daughter, Ryan White and his mother actively sought both physical well-being and social inclusion for Ryan.  Only given six months to live, Ryan lived six years.  Shunned by their hometown, Ryan and his family moved to another community that welcomed them.

During our church’s most recent conversation on Diversity and Inclusion, Rev. Elizabeth King shared her story with us. She was in 7th grade when some teachers called her parents in to talk.  They were concerned that Elizabeth had homosexual tendencies. They said she was too assertive in class; that she wanted to talk as frequently and vociferously as the boys in class. Elizabeth was holding her books the wrong way, the way boys held their books – by her side, rather than close to her chest.  She did not carry a purse.  She changed her name to Liz and cut her hair. From the time she was in 7th grade, her parents were afraid and concerned.

When she was 16, she developed ovarian cysts and needed surgery. The physicians thought she had too much male hormone in her system.  She was told that if they took out the core of her ovaries, it would solve the problems – of her assertiveness, too much body hair, of cysts, perhaps of her attraction to girls. In high school, she says she felt desperate to be loved and accepted.

Elizabeth’s step-family told her and her parents: God was fighting with the devil over her spirit; it was a tug of war between God and Satan and she was losing.  What had she done? Could she repent?  The message she internalized was that she was not beloved by God; she was not only sick, she was a danger, much like Ryan White and the  hemorrhaging woman in today’s gospel.  In the face of such judgment, it is not surprising that in high school she tried to take her own life.

In all three cases, religious leaders and people- perhaps Jairus himself – enforced what they believed to be true: that physical ailments were God’s judgment against certain people.  Operating out of limited and limiting belief systems, they made worse – not better – the suffering of others.  It wasn’t until Jairus’ own young daughter was near death that he was willing to overlook and bend religious and social rules to seek help.  This is such a human tendency – we are often OK with certain laws or systems until our own lives  or the lives of someone we know and love  are at stake.

What, ultimately, made a difference for the hemorrhaging woman? For Jairus?  For Ryan White and Elizabeth King?

Sharing the truth about their pain.  Telling their whole stories.

Like any parent with a seriously ill child, Jairus realizes that he would do anything to make her well.  His status as a leader can not help him. Following the religious law can not help him. He can not fix this situation on his own. So, out of desperation,  he expresses the truth of his pain and repeatedly begs Jesus to help him.

And, then, even after Jesus is rendered “unclean” from being touched by the hemorrhaging woman – after all, those were the religious laws – Jairus no longer cares about the law.  He cares more about his young daughter. It turns out that the love he feels as a parent expands his thinking and his actions about the laws he was taught and essentially paid to uphold.

When Jesus hears Jairus’ story; he sees his desperation; and he shows compassion – even if it meant ignoring the rules.  Moved by what he has seen and heard, Jesus goes to the aid of this desperate family.  Love sees beyond the judgments and distinctions of our man-made systems.

The hemorrhaging woman was also desperate.  Can you imagine what it would be like to have a chronic physical ailment that kept you away from others for 12 years?

Think of all those folks who are immuno-compromised right now who can not be vaccinated and are more or less relegated to the sidelines while most of us return to more normal living.  It’s incredibly difficult to not be able to participate in family or community activities when everyone else seems able to do so.  On top of intense social isolation, the woman in today’s gospel seems to have no one to care  or advocate for her.

As Debie Thomas notes, “Her condition renders her ritually unclean, which means she can’t enter the synagogue, the heart and soul of her … community.  She can’t touch or be touched by anyone without rendering them unclean, too.”  By the time she approaches Jesus, she has become destitute seeking a cure, but her bleeding has only worsened.”

Can you imagine not being touched by anyone for 12 years?

What she did by approaching Jesus, would be like someone with active COVID coming into a crowded room of unvaccinated people. She is so ostracized that it is no wonder she tries to sneak up to touch the cloak of Jesus.   She knows that even her fingertips on Jesus’s cloak will defile him.  But she touches him, anyway. She just doesn’t dare get caught.

But, Jesus perceives a shift in his own energy. Maybe he recognizes her. Maybe he knows her story.  Maybe he hopes that if Jairus and the others hear her story they will treat her differently.  After all, she is merely bleeding.  Perhaps she is just another woman going through menopause who is struggling with the end of her child-bearing years.  Perhaps Jairus’ daughter is just another young woman who is struggling with the onset of her period and the beginning of her child-bearing years.

Whatever is happening with these two women, Jesus knows that the response ought not be judgment, but compassion; that nothing is “wrong” with either of them; that both ought to be seen as beloved daughters.

Matt Anslow points out, “Knowing that (the hemorrhaging woman)  was socially outcast because of her ailment, Jesus calls her out of the crowd. He allows her to tell her story publicly, and in that act he reinstates her into the social sphere. For Jesus, social inclusion is equally as important as physical healing. In the reign of God, inclusion is the right of all people regardless of who they are or what ailment they might have.”

Jesus invites us to tell the whole truth of our lives. He also invites us to hear each other’s full truth. And for SO MANY reasons – we often struggle to share it with God or with anyone else, even with those closest to us.

Are you afraid to share your story because you’ve gotten the message from your family or community or religious teachings or leaders that who you are or what you may or may not have done is somehow wrong?

Are you afraid to share your story because you don’t want to admit to yourself that something is wrong?  It doesn’t fit with our expectations of ourselves or of others to be anything  but strong, to keep it all together and be independent.  To ask for help may feel like an admission of weakness – something that our perfectionist selves struggle to face.

Are you afraid to share your truth because you know that once you are honest you may have to make a change?  And who likes change? We don’t want to make the effort. We’re not sure we’ll be successful. We are comfortable with things as they are and we don’t want to upset the apple cart.

Are you afraid to share your story because you are worried about what others will think? Perhaps you can’t bear the idea of others thinking less than about you.  Or worse – excluding  you or even harming you.  Consider the violence against transgender people;  or the cost to those Republicans who are refusing to go along with the Big Lie.

Maybe you are not ready – or haven’t been invited – to tell your story publicly.

Maybe a first step for you would be to simply tell it to God.  In prayer.

Only in admitting our vulnerability are we able to receive help. Only by owning our moments of desperation, to have the courage to be and act differently, can we be healed. Only in deeply listening to others who have stories they long to tell can we be of true help. Let’s begin. Amen.