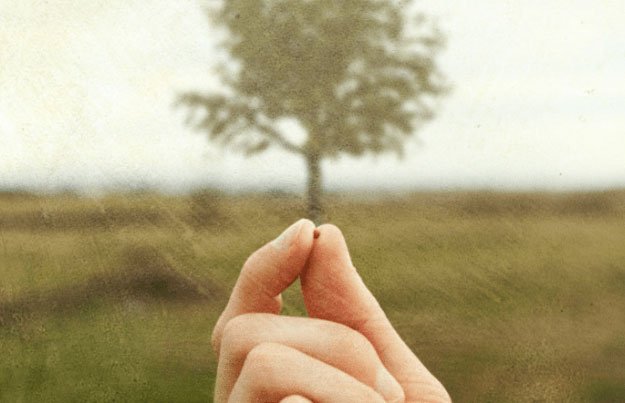 How do we move a mountain? I think it’s a question I think we’re all asking ourselves at this moment. In the passage in Matthew the mountain seems huge and impassable, and the mustard seed insignificantly small. But Christ is saying that a mountain can move and we know that the tiniest seed will produce a tremendous tree.

Buddha taught that everything is change, everything is changing, that nothing is permanent or fixed. By the measurements of modern science, things are changing at the rate of three trillion times a second. Scientists actually believe it’s faster but they don’t have the instruments to measure it. We know that the components of nature are not solid but quite fluid, some appearing to blink in and out of existence, and all in constant motion. Even atoms, when tightly compressed appear to be vibrating at high speed.

So what appears to be a mountain, rock solid, and impenetrable, a modern physicist might call a vibrating, shimmering field of potential. That could be a good description of the nature of god: alive, on the move, infinitely creative.

Buddha also taught that things don’t exist in the way we think they do. A modern physicist would say that what we see depends upon who’s looking, and from what point of view. From one point of view light is a particle, from another it’s a wave. It illustrates that awareness itself seems inextricably involved in creation. Our own awareness is part of the artistry that creates the world that we see.

This is incredible news. But even when we know it, we fail to live out of it. We are convinced that everything is fixed, rock solid, unchangeable. It’s a deadening world view, and we can become defeated by it – like the boy who is ill, falling into the water and the fire.

We’re falling into the water: drowning in overwhelm, undertows of fear, waves of self- pity, torrents of despair at all the bad news coming at us. And we’re falling into the fire
from the heat of the friction between our insistence that things need to be the way we want them to be and our fury that they’re not. It’s exhausting. At the end of the day we say,“I’m fried.”

The boy keeps falling. It’s interesting that the word dharma can mean “a firm ground that you can stand up on after you’ve fallen.” Religion rights us, we regain our balance and walk what Buddha calls the middle way, not too far right, not too far left, but right down the center, the way of peace.

And of course the devil must be cast out before the boy can heal. The devil represents everything that’s not the truth. He’s a road block: no more movement, no possible answers, no solutions and we know that’s never true. Because the nature of life is change there’s always possibility, and that knowledge is where our mustard seed of faith begins. Look at the great John Lewis who died last week. We saw the pictures of him as a young man standing at the front of the line at the bridge in Selma. He took one step and he moved a mountain.

Jesus rails at his disciples because he knows what they’re capable of. Buddha says we have the purity of a mirror inside us. He asks, “Why do you keep polishing the mirror inside you when it isn’t even dirty?” Inside of us, even though we’re hardened by doubt, and all our self-protective mechanisms, is something very pure. And it isn’t the job of a divine being to smash the shell and reveal the pearl inside. Jesus stands outside our gates but we have to open them.

His wrath with his disciples is so poignant because at this point in his life, he knows that he’s going to Jerusalem and he knows he’s going to die. He will reveal this to them very shortly after this passage in the bible. He’s holding all this inside. Knowing he has so little time left, what he chooses to say to them, and to us, is incredibly important.

He says that if we have the tiniest amount of faith: just a pinch, just a soupcon of faith,
you can drop the conviction that we’re so limited, and open to the idea that everything is fluid, not pre-determined, not intractable. We’ll free ourselves and right ourselves and begin to feel real happiness and creative power. We’ll cast the devil out, find solutions we’ve never imagined before.

Then you will feel rising in you the shimmering field of potential that you are, and you can say to the mountain of anguish inside you, move from here to there, and it will move.
*

You have that amount of faith. Of course you have it. You have it already, but what may be missing is your own awareness of it. I’d like to offer two practical, doable ways of cultivating that awareness.

First, take time every day, to be quiet every day. Sit comfortably, or lie down in shavasana, and put a support under your head. Then just breathe. Breathe out and deeply relax, breathe in and let the breath refresh your mind. One of my great teachers, Alan Wallace, calls this going to the infirmary, and says that enlightenment rests on a bed of deep relaxation. Just be quiet, and breathe, and let your thoughts go through. If they draw you off, just return to your breathing. If your breathing develops into prayer that’s fine, but at first let nothing be required of you. Keep this as a daily contact with yourself, and a lifeline between you and God.

Secondly, Keep your morality. Keep it well. It will help you feel that you are not only carrying the messages of the sermons you hear, but embodying them. It will make you happy.

Here are ten basic ethical principles. You can take one a day, or more is you like.
Write them in a little book. Under each one put a plus, a minus, and “to do”. Do the plus first. Even if it’s small, put it down. Under the plus, write anything you did in the last 24 hours, or the last week, something positive, a way that you kept that principle. Under the minus, write something that shows how you are failing to keep it. Then plan something to do to make up for that. Write it down. Then do it. Mark it in your mind. Only we can forgive ourselves. We don’t like acknowledging our own faults, but they block us. It feels wonderful to face them down and purify them.

Protect life – do not kill.

Protect all life, including your own. This means at all levels – even mosquitos. Even taking your vitamins every morning. Wearing a mask would definitely come under this. Feeding the birds. Keep a lookout for ways you are causing harm – including to yourself. The Buddhist definition of ethics is Do No Harm.

Everything’s changing. If someone has something that has value to them, they’re bound to lose it eventually. Don’t take it from them first.
We don’t go around stealing in big ways, but we can steal in small ways: you borrow something you just don’t return, someone leaves something at your house and you don’t tell them. You can steal someone’s time, someone’s ideas.

They say respecting others’ relationships is the cause of your having
a sweet one. The minus here would be anything that disturbs your peace of mind, like giving signals to others that you shouldn’t be giving. I am including here to respect and be mindful of women, because for many years, in relationship, they’ve gotten short shrift.

Be totally truthful. Do not lie.

This is very powerful, and hard to keep. It means don’t even lie by omission. It is said that if this is kept perfectly you achieve the power to reverse the direction of rivers. When someone is allied with the truth at this level they are almost divine, and all of nature, interrelated at a vibratory level, sits up and takes notice. Think of Martin Luther King..

Speak in ways to bring people together. No divisive speech

We can revel in gossip. It makes us feel secure, even superior.
Don’t do it. If you start, stop. If you take the time to examine it, you’ll see that it doesn’t really feel good. It feels slimy. Let it go. It’s wonderful to be around people who want to introduce you to new friends, bring you into the fold, help you form new bonds. It’s delightful, and if you do it you’ll be a gift.

If you do this you will really distinguish yourself. Our culture right now is built on criticism, tearing people down, yelling, taunting, and the indiscriminate use of horrible language. It creates a hell realm. Gentle speech heals and soothes, creates an opening wherever you go.

If you just go on at the mouth, your words will have no effect, they’ll be discounted. At worst, people will totally avoid you. Speak to the point.
You’ll maximize your chances of being heard.

Don’t be unhappy if someone gets something they want (craving).

Let it go. It only poisons you. It can destroy a relationship.
Be happy that someone is happy. Join in. This is a discipline, it’s not easy, but it’s thrilling to be able to do it.

This is really cruel. That person is so vulnerable.
Don’t exult over their disappointment. Feel for them and express your sympathy. Things change. You may be next.

Recognize the true nature of yourself and the world you perceive,

As Buddha says, the world and you are empty of being stuck,
It may take some thought on your part, but when you see that things are available to change, you’ll see they are workable. Notice what you mentally invest in: what’s not possible or what is. Garden this way.
Plant your mustard seed.