Sermon: An Ethics of Love in the Midst of Conflict
Back to all Sermons

An Ethics of Love in the Midst of Conflict 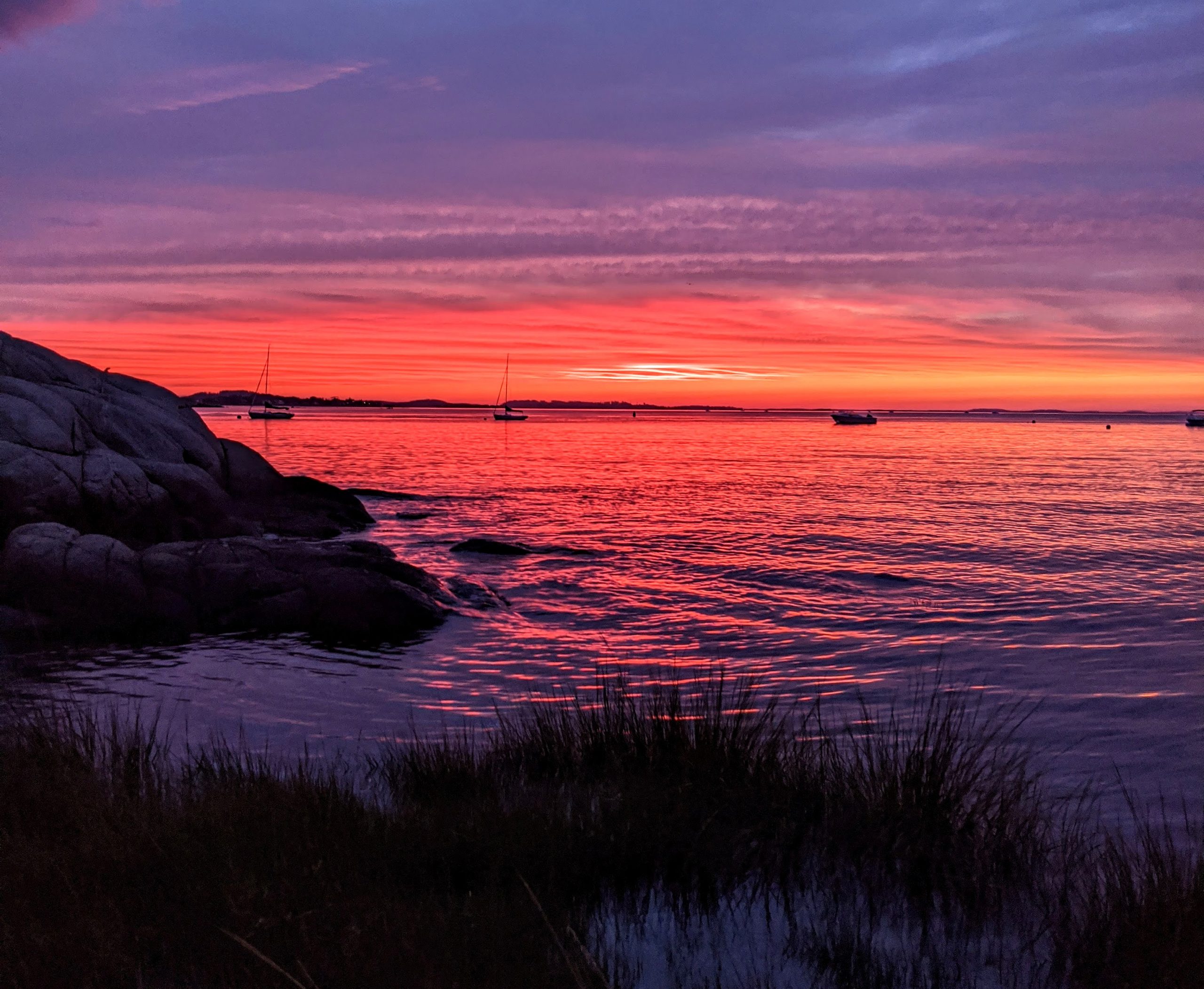 Following last week’s worship service, I engaged in a thoughtful email conversation with someone in the congregation. At one point he asked, “How are we to come together in our interpersonal relations while allowing for differences of opinions on specific issues?”

I probably should have responded by sending him today’s reading. In Paul’s Letter to the Ephesians, the major challenge he was trying to address was how to create unity between groups of people with different cultural and religious backgrounds, philosophies, and experiences. This is also one of the most serious challenges we face today.

In the first few chapters of his letter, Paul lays the theological foundation – we are all to be rooted and grounded in the love of God. Then he suggests that we need to be humble and patient, recognizing our oneness – one hope, one faith, one Lord, one baptism, one God.

In the section we heard today, Paul turns to practicalities.  How are we actually to do this in the midst of the world’s divisions and messy relationships?

Paul focuses on how we can overcome division and build stronger communities through what we say and do.

His perspective requires that we be acutely mindful about the ways our words and behaviors impact other people. New Testament Professor Richard Carlson points out that Paul’s exhortations, “are grounded in the fundamental understanding that …“who” a person is  empowers and is reflected in …“what” a person does (within community.) The negative behaviors to be shunned are not simply bad actions according to some general or abstract moral standard.” Instead, a truly Christian ethics recognizes the social implications of our individual actions.

This also means that our positive actions, no matter how small, can be like a ripple in the ocean, creating waves of goodness whose shores we might never see.

Rev. Derek Weber puts it this way, “The phrase “be imitators of God” in the Greek is second person plural and should be translated something like this, as Southerners might say:  “All y’all, be imitators of God.”

The current debate about vaccines highlights this fundamental conflict between an egocentric ethics that is merely concerned with what’s right for me in contrast to an ethics that realizes that our actions have social consequences.

The beginning and ending of this passage make the most important point – because we are created in God’s likeness, we can actually  imitate and walk in God’s ways. We are capable of self-giving love. We are capable of rising to the occasion that the challenges of our divisions present us.  Episcopal Bishop and Native American Elder Steven Charleston says this:

“All we need is within us: wisdom, courage, and love. They were all placed there from the very beginning of our lives, stored away for such a day as this. Strength and insight, faith and vision, kindness and compassion. Everything we need to survive, to overcome, to grow – These traits have been prepared for us, entrusted to us. We have the spiritual resources we need – the gifts and skill.”

In other words: Be confident. Be hopeful.  We can overcome the divisions of our day. We have nothing short of the grace of God working within us – in our words and actions. We are capable of transforming any situation of conflict.

Paul not only makes these bold claims, he gives us some specific instruction.

First, he teaches: stop lying.  I don’t think I need to explicate this point for our community in 2021. So much of the division in our country is due to the destructive power of lying, especially by political and media leaders.

Closely tied to this teaching, is the admonition to not let anger become a sin.  Paul doesn’t say, “don’t be angry.” In fact, he encourages us to express our anger in a timely way – to not let the sun go down on it.

Anger is simply a natural response to a perceived threat, violation or injustice. Even Jesus became angry at the Pharisees when the man with the withered hand, a story in the Gospel of Mark, had been denied healing on the sabbath.  He also was angry at the money changers in the temple.

In and of itself, anger is not a problem.

Think about this: the anger of Jesus, the anger of the prophets, the anger of God are all based on the same thing – love.  Robert C. Roberts, a retired professor from Baylor University, points out, “Instances of righteous anger—that is, when we feel angry at the right time, for the right reason, and to the right degree—are signs of emotional health. They reveal that we care properly about what is valuable in ourselves, other people, the creation, and God. And such feelings signal offenders that they have harmed or failed to respect a person or thing of significant value.”

The key is that it’s NOT at the moment of red hot anger that two conflicting groups or people are going to be able to bridge a division.

Instead, we can pause, invite in the Spirit, root and ground ourselves in love, and then with a heartfelt desire to protect and strengthen relationships, we can express our feelings.

As my wise husband pointed out to me, that instead of “reacting” we are “creating.” – which he notes are two words that use the same letters but in a different order! We have a choice what to do with our anger! We don’t have to be just reactive; we can be creative.

We can privilege harmony in relationship over the need to be right. We can begin from love.

Nearly 30 years ago, my friend, Bill and I took a bike trip from Duluth, Minnesota to Ottawa, Canada.  Every night after making sure there weren’t any mosquitoes in our tent, one of us would say, “Is there any anger in this tent? Don’t let the sun go down on your anger.”

Most nights we didn’t have anything to share.  But, one night, Bill surprised me.  He said, “I understand that your touring bicycle is faster than my mountain bike. But, I started feeling angry when we were going down the side of the mountain and I couldn’t see you.”

I had no idea he was angry about that.  I felt horrible and apologized. We negotiated how far in front of the other person one of us might get. And, he forgave me.  By airing out his anger, Bill and I understood each other’s needs better. It was a good thing we had that conversation, because a few days later when I realized I was getting too far in front of him, I turned around to discover that he was staggering in the middle of the road with blood pouring off his head.  He had taken off his t-shirt and it had somehow got stuck in the spokes of his front wheel which caused him to flip over his handlebars. Fortunately I was able to get back to him before an 18-wheeler came barreling down the road.

Our spiritual practice before sleep not only enabled us to be in harmony, but by expressing his anger, Bill may have even saved his life.

On the other hand, anger can become a sin when we hold onto it – when we let it fester. Which a lot of us, especially women do.  How many women were taught that it was unbecoming to express anger? But, when we hold onto our anger, we allow emotional distance to grow. And it has a way of coming out the sides. (This is definitely an issue for me. So yesterday, when I realized I was feeling some anger and frustration with a young woman, I thought I’d try expressing my anger appropriately. I said to her, “This is hard for me to do.  But, I am feeling angry and frustrated…” Then I explained why. She immediately apologized.)

Anger can become a sin when we allow it to lead to judgement of the other person or group. This also can turn into distancing, or worse yet, demonization.

Anger can become a sin, when we are reacting from rage; when we are not directing our anger, but it is directing us. We are far more likely to say or do something that can really hurt someone else when we are enraged; something we will likely later deeply regret.

Anger can become a sin when it leads to irascibility – when it becomes the primary lens through which we see ourselves, others, or God. I’m sure you know some people who seem to be angry about everything. That ought to be a red flag.

Anger becomes a sin when used to destroy others rather than to build them up.

Neither our culture nor the Christian church has done a great job in teaching most of us how to work with our anger, how to use our anger to build relationships.  But, it is possible. And, I suspect most of us could improve in this area.

New Testament professor Susan Hylen notes, “Speaking the truth in love can be a healing strategy in a situation of anger. Such speech identifies the situation for what it is, calling others to account, giving voice to feelings, and confessing one’s own participation in wrong-doing.”

Can you imagine what might happen if you were to take seriously Paul’s direction to “say only what will give grace to your listeners?”

So, back to the question that one of you raised with me this week, “How are we to come together in our interpersonal relations while allowing for differences of opinion on specific issues?”

Paul has the answer: Speak truthfully… When you get angry, don’t let it become a sin. Do not let the sun go down on your anger. Say only what is useful for building up at that moment. Say only what will give grace to your listeners. When you feel angry or are in the midst of a conflict, remember to invite in the Spirit. Be kind, compassionate,  mutually forgiving, as Christ has forgives you. Imitate God. Walk in love.”

The next time you are in a situation with someone who sees things differently than you or who provokes your anger, seek to understand them and their point of view.  Invite them to tell you why they think or behave as they do. See if they might have a story from their life experience that led them to their point of view and actions.  Then, be attentive. Listen. And love.