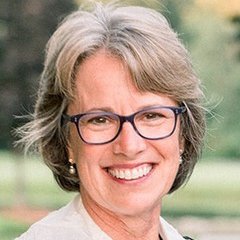 I’m delighted to serve as the pastor of AVC and invite you to experience the warm and accepting community that makes its home in our charming, historic building.

How do we make good on our pledge to connect people to God, one another, and the world? Here is what we aspire to:

Gathering for Worship that is Biblical, Relevant, and Joyful

Serving God by Serving Others

Wherever you are on the spiritual journey you can find a home at the Annisquam Village Church.

Rev. Sue Koehler-Arsenault became pastor of the Annisquam Village Church in February 2020.  A native of Schenectady, New York, she is a 1985 graduate of the University of Vermont with a B.A. in Religion and Minor in Psychology. While at UVM she held numerous student leadership positions and was named to T.O.W.E.R.R., an honor society recognizing twelve women for their academic and leadership excellence.

Following graduation, Sue joined the Jesuit Volunteer Corps in Seattle, WA. She served as Volunteer and Food Coordinator at the St. Martin de Porres Shelter, a shelter for 200 homeless men over the age of 50. It was here at St. Martin’s that Rev. Sue was first introduced to the ministry of presence, contemplative prayer and the importance of community, which have anchored her vocation ever since.

In 1987, Sue was recruited by Seattle University to become Volunteer Center Coordinator, where she launched an innovative approach to service-learning. In 1989, she was honored to receive a national award for the best new service-learning program in the nation and was named Staff Member of the Year.

Sue earned her Master of Divinity degree with distinction from the Weston Jesuit School of Theology (Boston College) in 1994. She served as a Roman Catholic Campus Minister at Wellesley College (1994-2000) and Siena College (2000-2002). At Wellesley College, Sue was part of a pioneering interfaith religious and spiritual life program, working with Hindu, Buddhist, Jewish, Protestant, Unitarian, Muslim, and LGBT colleagues and students. At Wellesley, Rev. Sue began collaborating to create interfaith campus-wide rituals and learning opportunities. She also developed a love of preaching which shows in her dynamic and engaging sermons.

For eleven years, beginning in 2002, Rev. Sue served people from various religious and cultural backgrounds as Coordinator of Volunteers and Chaplain with Community Hospice of Schenectady, NY. In her capacity as a Hospice chaplain, Rev. Sue developed her pastoral counseling skills and became a frequent speaker in the community on end-of-life issues. Through Hospice, she learned to meet people wherever they are on the spiritual journey. She has conducted over 325 personalized funerals and memorial services.

When Sue began receiving requests to officiate weddings in upstate New York, she decided to enroll at One Spirit Interfaith Seminary.  Sue was delighted to discover how One Spirit’s heart-centered curriculum enabled her to deepen her ministerial skills, contemplative practice and knowledge of world religions.  In June 2011, Rev. Sue was ordained and began working with couples and officiating weddings in New York and Massachusetts.

In 2014, through a series of serendipitous events, Rev. Sue and her husband, the artist David Arsenault, followed his dream of having a studio and gallery of his original oil paintings in Rockport, MA.  Out of her experience as a Hospice chaplain, Rev. Sue recognized that many people are no longer connected to the religious tradition of their birth. She became a “Minister without Walls” and began offering funerals, premarital counseling, weddings, and baby blessings on the North Shore.  She also joined the faculty at One Spirit Interfaith Seminary, where she has taught numerous classes and workshops, including: The Spiritual Care of the Dying, Healing from Religious Injury, Spiritual Approaches to Addressing Conflict, and Working with Couples on the Path to Marriage.

When Rev. Sue was invited by Rev. Derek Van Gulden of First Congregational Church of Rockport to be Sabbatical Pastor for three months in 2018, her call to congregational ministry was born.  At First Congregational, she also completed a six month study on the future of faith formation for children and adults. She taught a popular and well received seven week class, “Creating Your Final Chapter: Facing Death, Finding Peace.” She has Privilege of Call within the United Church of Christ and is an active member of the Associated Clergy of Cape Ann. She is passionate about the Kairos Earth movement, “to bring people together in sacred relationship with the natural world.”

Rev. Sue has three adult children: a son, Pete, finishing his MBA at the University of Virginia; a stepdaughter, Brittany, who is an elementary school teacher in South Colonie, New York and a stepson, Alex, who works for Dell Computing in Boston. Sue and David share their home with their pampered kitty, Chloe.

For fun, Rev. Sue enjoys exploring the beaches and parks of Cape Ann.  She has taken a recent interest in kayaking and would love to connect with others who also enjoy paddling. She is an enthusiastic dancer, art lover, reader, and pescatarian cook.  She and David love attending concerts at the Shalin Liu Performance Center and Old Sloop Coffeehouse. One of her favorite avocations is writing comments in response to articles in the New York Times online.

Rev. Sue recognizes that our society is in the midst of a tectonic shift in religious and spiritual life.  She is excited to be part of a community that aspires to walk together in the ways of Jesus, while being open to the treasures that are found in the great religious traditions of the world and every human heart. 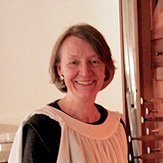 Organist and Choirmaster, Kathleen Adams studied vocal literature and performance at the American Conservatory of Music. Her post-graduate work included studies in organ and conducting at Harvard University while she continued her vocal work at the University of Massachusetts and with master teachers. Specializing in early music at the beginning of her career, she performed renaissance repertoire with lutenist, David Rhodes, touring universities in the Midwest and on the East Coast.

Her performances of song literature range from early liturgical works and chant to baroque, romantic, and modern repertoire. Working with Gloucester composer Stephen Scotti, she performed cabaret repertoire and Scotti’s settings of Cape Ann poets. In Japan and in Italy, she performed recitals of classical song repertoire accompanied on organ and harpsichord by her husband, Jeremy Adams. As “Caterina la Canterina,” she has appeared at Italian Fiestas throughout the region, singing Neapolitan repertoire and operatic arias with the Italo American Band and the Italian Colonial and St. Alfio Bands under Maestro Nunzio Cicarelli.

She has appeared as soloist with the Cape Ann Symphony, the Cape Ann Community Band, North Shore Concert Band, Musica Sacra, and Gloucester Pro Musica. She has recorded for National Public Radio’s “Living on Earth” and for a number of independent film projects.

Kathleen served as both cantor and organist at St. Leonard’s of Port Maurice in Boston’s North End for ten years. After moving to the North Shore, she was Music Director at First Church in Ipswich until her appointment at the Annisquam Village Church in 1984. In addition her post as Music Director (Organist and Choirmaster) she is Artistic Director of the concert series, drawing world-class musicians to play in the exceptional acoustics and on the exceptional instruments at the Village Church.

She maintains a musical arts studio, teaching voice, piano, harpsichord, and organ. She is an active member of the American Guild of Organists and is a member of Sigma Alpha Iota, the International Music Fraternity.​ 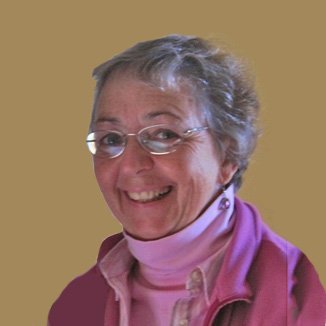 Rev. ElizaBeth Emery began serving as our Associate for Pastoral Care in August 2019.  From a young age, she wanted to be a teacher.  Having deaf parents led her to earning a Masters Degree at Smith College to become a teacher of the deaf. ElizaBeth’s next step took her to Gordon-Conwell Theological Seminary where she earned a Masters Degree in Theological Studies and Pastoral Counseling. During that time she began a Ministry with the Deaf at Grace Chapel in Lexington where she was ordained.

ElizaBeth’s call led her to Endicott College as Chaplain and Director of the Counseling Center for several years.  After that she joined the  Lexington Christian Academy as a faculty member and chaplain. Family commitments kept ElizaBeth close to home so that she, like the apostle Paul began to support herself as a “tent maker” working as a professional organizer (which became a ministry in and of itself)!

ElizaBeth’s spiritual journey includes 4 decades of spiritual direction and silent retreats at the Eastern Point Retreat House here in Gloucester. She attributes her desire to serve others from the example given by her grandmother and mother…but even

moreso from the example of a God who loves her with an everlasting love! She is grateful to be able to use her gifts at AVC as a member of the Board and Search Committee now in her role as Associate for Pastoral Care. On each step of ElizaBeth’s journey she has passionately and gracefully followed the call to minister. We are blessed that Rev. ElizaBeth serves our community. 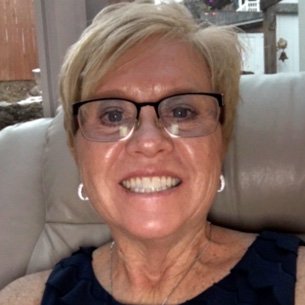 Deborah Aiello is the administrator for Rev. Sue Koehler-Arsenault
and the church community.

She came to the Annisquam Village Church in April of 2015 after being at the Eastern Point Retreat House for 20 years as part of their administrative staff. 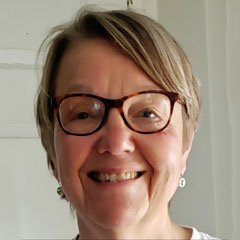 Peg Koller (formerly Peggy Howard) grew up in Annisquam.  She and her husband Don Koller were married at AVC in 1975, and had their wedding reception at her mother’s home across the street from the church.

Peg graduated from Boston University in 1973, with a B.S.Ed. in Early Childhood Education, and worked as a teacher, bookseller and children’s librarian. She received her Master’s in School Library Media from the University of Wisconsin-Madison in 1998.

From 1997-2017 Peg was the librarian at St. John’s Northwestern Military Academy in Delafield Wisconsin.  There she collaborated with and assisted middle and high school students, faculty and staff, and supervised the library, archive and museum.

The Koller family lived in Berlin Massachusetts for 13 years, and moved to Wisconsin in 1993.  Peg and Don’s two sons, Sam and David, now live in Wisconsin and Oregon, respectively. In October 2018, following retirement, Peg & Don moved back east to Peg’s childhood home, across the street from the church.

Our History and Background 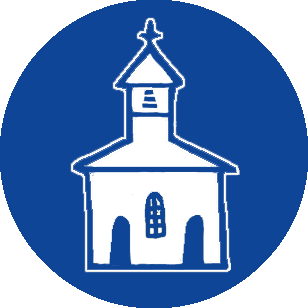 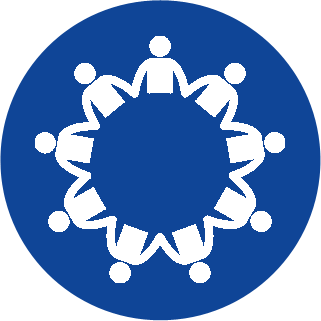 We are a Community Asset