Sermon: A Way Out of No Way
Back to all Sermons

A Way Out of No Way 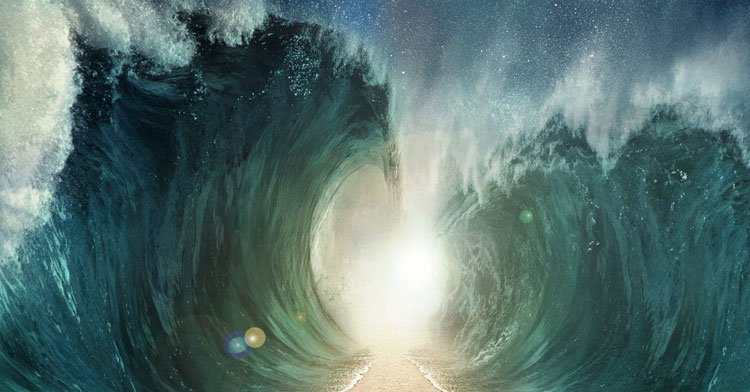 Back in August of 2014, David and I traveled from our home in upstate NY to Rockport for the weekend with the intent of finding a place to rent as we started a new chapter in our lives.

I had scoured the online resources before we made the trip and only found two possibilities. We had no idea the rental market in Rockport would be so tight. Upon arriving, we met an agent who only had one winter rental to show us. It was dark and palpably musty – not the place for us. Realizing how slim our prospects were, we asked well-connected friends if they knew of any rentals. Nobody did. But, one person suggested we call a friend of hers – someone we had never met – Judy Bogage – because she was known to have her finger on the pulse of available places. Though it was unlike us as upstate New Yorkers to turn to someone we did not know for help, we were desperate.
So, as uncomfortable as we felt, we called her.

Judy could not have been more gracious: “I don’t know of any long-term rentals, but I can show you a winter rental.” The place she showed us required that you hold onto a rope to ascend the spiral staircase to a bedroom that you could barely stand in. Definitely not the place for us. Crestfallen, we thanked Judy for her time and made our way to see the one place we had discovered online, which had a bathroom the size of a tiny closet. Not right for us either.

After that visit, I turned to David, “What have we done? We have sold our home and have no place to go.” Our dreams of starting a new life on Cape Ann had hit a serious snag.
I felt sick inside.

Just then the phone rang. It was Judy. “Sue! David! I totally forgot! Phyllis Krenn has a house to rent on High Street. Meet me at 5 Corners in 10 minutes. I just know this is your house.”

And so we did! As we walked from 5 Corners to 5 High Street, Judy shared that people often wondered why she helped others find a place to live. I’ll never forget what she said:
“I just like to blow people’s minds.” When we arrived at our destination, Judy introduced us to the landlord as “her friends” – even though we had just met. Phyllis explained that in the past her husband had always taken care of renting what she called “the little house.” After he died, she turned the house over to a rental agent for help and it had sat unshown and vacant for months. In Rockport! (This realtor must not have done any marketing!) As soon as we walked in the door, we knew we had found our home. (Until we found our new home in Annisquam!) It felt like a miracle.

God had made a way out of no way.

Have you had times in your life when all seemed lost and a series of events unfolded that you could never have foreseen? Or orchestrated? Events that required you to take a leap of faith, to trust fully in God?

What the Israelites at the Red Sea were facing was clearly far more serious and dangerous than what David and I were experiencing six years ago. What they faced was truly terrifying. Not long after they began their journey to the Promised Land, Pharaoh sent his army to destroy them. The Israelites had gotten as far as the Red Sea, and were on its shore, when the Egyptian army caught up with them. They were trapped. If they stayed where they were, they would be slaughtered. If they tried to go into the sea, they would be drowned.

Can you imagine what it would feel like to be among the desperate, escaping Israelites trapped at the edge of the sea, with the Egyptian army chasing them, to then hear these words from Moses: “Do not be afraid, stand firm, and see the deliverance that the Lord will accomplish for you today; for the Egyptians whom you see today you shall never see again. The Lord will fight for you, and you have only to keep still.”

When darkness and chaos surround you, when you have reached what looks like a dead end, do you believe that the hand of God is at work? Do you trust that grace is active behind the scene?

This story from Exodus is a paradigmatic story of faith for Jews and Christians. In it, God is revealed as the One who hears the cries of the enslaved and sets them free. It is the story that reveals our God as Liberator; a story that has given hope not only to Jews, but to Black Americans in search of emancipation, to indigenous peoples in Central and Latin America striving for their freedom; and to refugees around the world seeking a better way of life.

It is also a story of a God who takes sides against the Pharaohs of the world who would use and abuse others for their own wealth and power; a reminder that the power of God is ultimately greater than the power of the oppressor. We need to remember this story because we all face times as individuals, families, communities and nations that we are in trouble and need to find a way forward. We need to remember that this is who God is for us; with us and in us; and this is who God needs us to be for each other.

Standing with nowhere to safely go, the Israelites could never have imagined how God would create a path forward. They could not have accomplished this on their own. God marshaled the elements of creation – wind, sea, and sky to save those who turned to God for help. Those who followed Pharoah’s orders – soldiers who worked for a regime intent on disregarding the full humanity of the Israelites – met a tragic end.

Nathan Nettleton writes, “ When we find ourselves trapped between the sea of chaos and the violent past that pursues us Jesus offers us (a) way out…a way that renounces all resentment, and exposes evil by outrageously offering to forgive it…Jesus knows only too well that this pathway to the promised land still involves a plunge into the terrifying sea of chaos….He never promised us that following him will keep us safe from violence. On the contrary, he promises us that following him leads to the cross. In a world of violence, not following him leads to a cross too, but the difference is that the path opened up by Christ’s radical mercy doesn’t end at the cross.”

The encounter between the Israelites and the Egyptians at the Red Sea is a reminder that the movement towards liberation is not without chaos, strife, and conflict. We should not be surprised that at this pivotal moment in our country, a time of racial reckoning, that those who believe they benefit from division and from keeping others down, would stoke the flames of conflict.

While we gather here enjoying this beautiful scene, on the other side of the country an astonishing millions of acres of land are burning. More acres than at any other time in history. In Oregon alone, over a half million people are evacuating. And while many who find themselves in this impossible situation will find their way out, there will be others – people, animals, Old growth Sequoias – that do not. Air quality has reached hazardous levels in many West Coast areas. Faced with such challenges, many feel hopeless.

God used water, wind, and sky to save the Israelites. Today these same elements – a lack of rain water, fire spreading winds, and a smoke-filled sky – are causing a perilous situation. It’s as if we’ve tied God’s hands by poisoning the very elements of creation that God uses to heal, renew, inspire, and liberate us; that allow us to live. Theologian John Holbert writes, “God’s biblical promise is not that God will forever save us from ourselves and our stupidity. The promise is rather that God will stand with us, urging us, luring us to move in the divine way of unity and wholeness and the oneness of creation.”

At such a moment as this – when the catastrophes of racial oppression, the pandemic, and the climate crisis beset us – we must take seriously the words of Moses “Do not be afraid, stand firm, and see the deliverance that the Lord will accomplish for you today; The Lord will fight for you, and you have only to keep still.”

It is in stillness, in prayer, in a time of sacred pause, that we can slow down enough to hear what God is saying to us in this moment. It is not a time to heed the Pharaohs of the world, to look back. God, not Pharaoh, knows our fears. God knows where the path forward to the promised land lies. God is the one who can orchestrate events for our good that we could never see possible. Now, in the midst of adversity, is the time to be still and listen to God.

Many of us can probably look back on a time when God made a way out of no way in our own lives, when God’s action in our personal lives felt palpable. The Israelites were able to see how God acted for them as a people. This is the kind of confident faith and perspective we need if we are going to go forward to co-create with God a world where all will be free, all will be safe, and all will enjoy the blessings of creation. We need to expand our sense of spirituality from how God acts in my life to how God acts in our lives.

I don’t know how we are going to get out of the immense predicaments we find ourselves in as a country, as a world. When I let myself feel how frightening things are right now, I feel sick. I can not see how our God will make a way out of no way.

But, I believe this – if we do as Moses and the Israelites did: if we turn to God for help, if we have leaders who care, if we come together as one people, and if we pause to listen and look for how God will lead us, the way will appear. Amen.